Who is a Manglik? What is Manglik?

If planet Mars (“Mangal” or “Kuja“) is situated in the 1st, 2nd, 4th, 7th, 8th or 12th house of a person’s Rashi (Indian astrological moon sign) when he/she is born; then that person is a “Manglik” (also called “Mangalik“)

What Marital Problems Does a Manglik Face?

It is believed that “Mangalik Dosha” (or “Manglik Dosh” or “Mangal Dosha“) mainly impacts a person’s married life. It can lead to disharmony and tension between the husband and wife. Some also believe that marriage between a Manglik and a non-Manglik can lead to the untimely death of one of the partners.

How to Cancel or Neutralize Negative Effect of Manglik Dosh? 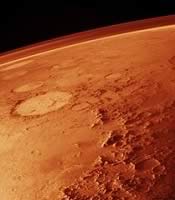